Fifteen incumbent representatives, six Democrats and nine Republicans, are not running for re-election. Control of neither chamber of the Legislature appears to be in doubt – Democrats will retain both. The question now is what the margin looks like. The tighter the margin the more conservative the Legislature will be on a variety of issues from gun rights to taxes, business and environmental actions.

Information on races is very early and polling difficult to evaluate. Much of the early polling is incorrectly called “push” polling. That’s the “if you knew Joe had been or is now an Islamic terrorist would you be more or less likely to vote for him” variety of question. What’s actually being done is polling to try to define issues in the races that might move voters one way or the other. Generally this kind of polling does a very poor job providing a meaningful head to head matchup because when closely inspected, the results also reveal most candidates, challenger or incumbent, have a long way to go getting voters to know who they are.

The other big unknown at this point is the level of voter interest in the election generally and the resulting voter turnout. Turnout is often driven by top-of-the-ticket candidates. This year’s toppers are for U.S. Senate and Governor. Neither race has seemed to move the dial much on the voter “excitement-o-meter” in either party and that will have an impact on down ticket races for the Legislature. As a general rule, low interest elections tend to depress the independent vote and rely heavily on voters’ party registration. In races that are tight, it can easily mean the difference.

The races to watch:

Senate District 3 – A rematch between Incumbent Sen. Alan Bates (D) and Republican Dave Dotterer. This race was very close four years ago with Bates winning by only 175 votes of the nearly 50,000 votes cast). The district is in southern Oregon with Ashland and Medford its population centers. Likely issues will focus on Bates tenure and leadership on a number of issues on the positive and his focal role in developing the failed Cover Oregon program and vote in favor of early release of prisoners (these two are likely themes in all races against Democratic incumbents). In the last race the two candidates raised nearly equal amounts of campaign funds. Polling shows the race to be again, very close.

Senate District 8 – Republican incumbent (appointed) Sen. Betsy Close is being challenged by Democratic State Rep. Sara Gelser. Early polling in this race showed Gelser ahead in double digits. This Willamette Valley district, which includes Corvallis and Albany, has a large Democratic edge ( 40% to 30%) with a substantial number of voters register Independent (28%), is considered a strong contender for a pickup by the Democrats. The Close campaign is expected to close the gap with a negative review of Gelser’s House voting record but Gelser is known as a tireless campaigner. Both campaigns are expected to raise substantial amounts. This one would change the makeup of the Senate from the current 16-14 to 17-13.

Senate District 20 – Republican incumbent Alan Olsen is being challenged by former Clackamas County Commissioner Jamie Damon, the Democrat. This district is evenly split Democrat/Republican with a sizable Independent registration (26%). In his first election Olsen narrowly defeated another former Clackamas County Commissioner and incumbent Sen. Martha Schrader after she outspent him almost 2 to 1. This district includes Oregon City, Canby and Estacada.

House District 20 – Rep. Vicki Berger (R) retired and Republican Kathy Goss is facing Democrat Paul Evans. This is listed as a possible Democratic pickup because Evans has run for office in the district before. The party registration is even at 36% with 26% registered Independent. The race looks at this point close enough to be a fairly high cost campaign on both sides.

House District 25 – Rep. Kim Thatcher (R) moved to the Senate and her vacant seat is being contested by Republican Bill Post, a conservative radio talk show host and Independent (and former Democrat) Chuck Lee, a Salem/Keizer School Board member and longtime educator. This district, one of the most conservative in the state, has a 9 point Republican registration edge. Lee has garnered some longtime Republican supporters including Rep. Vicki Berger and former Rep. Vick Backlund, who once represented this district. The district includes Keizer, Newberg and St. Paul.

House District 29 – Rep. Ben Unger (D) decided not to run for re-election in this Washington County district. Republican Mark Richman, a prosecutor, is facing Susan McLain, a teacher and former Metro Councilor. Despite the eight point Democratic registration edge, political insiders list this as one of the most likely Republican pick up possibilities this election. It won’t be easy. McLain is expected to be well financed and targeted by Democratic supporters. So will Richman from the Republican side. The district includes Forest Grove, Cornelius and part of Hilsboro. Registration in this district is 37% Democrat and 29% Republican with 31% Independent.

House District 40 – Republican Steve Newgard is taking another run at Rep. Brent Barton in this Clackamas County district that centers on Oregon City and Gladstone. Two years ago he lost his first try by about 500 votes. The district has an eight point Democratic registration edge but since it’s in Clackamas County, noted for its political independence, the race is viewed as a likely candidate for late election night watching. Partisans on either side claim tough sledding for the other guy but when pressed agree the race could be a tight one.

Seven ballot measures have qualified to be on the Nov. 4 General Election ballot. At this point only a couple have generated strong support or opposition. Two of them, one related to genetically modified foods and the other allowing recreational use of marijuana, have generated enough interest to appear initially as factors in driving up voter turnout. Two of the measures, 86 and 87, deal with post secondary education funding and allowing state judges to teach in public universities and school employees to serve in the Legislature. The rest are voter initiated or referred.

Ballot Measure 86 -- This measure, referred by the Legislature, would create a fund (The Oregon Student Opportunity Fund) for Oregonians pursuing post-secondary education including technical, professional and career training. It also authorizes the financing of this fund via state debt.  If Measure 86 is approved by voters, it will make Oregon the first state to have an ongoing investment trust fund for higher education. Similar endowment systems are used by universities across the country to create financial stability and to provide scholarships. The measure is supported by Gov. Kitzhaber and State Treasurer Ted Wheeler as well as the chairs of both the House and Senate Education Committees – Rep. Sara Gelser and Sen. Mark Hass. This is a constitutional amendment.

Ballot Measure 87 – This constitutional amendment referred by the Legislature, would allow state judges to be employed by the National Guard and state public universities as teachers and would also allow school employees to serve in the state legislature. Essentially the measure cleans up constitutional language that is unclear. There has not been a ban on school employees or board members serving in the Legislature and this measure just makes that clear.

Ballot Measure 88 – This is a voter referred measure to overturn a bill passed last session of the Legislature that makes four-year driver’s licenses available to those unable to prove legal presence in the United States.

Ballot Measure 89 -- This voter initiated constitutional amendment guarantees equal rights in Oregon cannot be denied or abridged on account of gender. It’s better known as the Equal Rights Amendment. This issue has been around since the 1920’s and a national effort in 1973 to amend the U.S. Constitution was ratified by 30 of the necessary 38 states.

Ballot Measure 90 – This voter initiated statutory change would create a top-two system of election voting where the primary ballot allows voters to choose one candidate from all candidates regardless of political party. The top two candidates, regardless of party , would be voted on in the General Election. It would have no impact on local nonpartisan elections like school boards.

Measure 91 – This is the most controversial measure on the ballot. It is a voter initiated statutory change that would legalize recreational marijuana for people over 21. It would allow adults over 21 to possess up to eight ounces of “dried” marijuana and up to four plants. The measure gives the Oregon State Liquor Control Commission control over sale of the drug. Proceeds from taxes on sale of the drug are placed in a special fund and doled out to: drug treatment, prevention and mental health programs – 25%; state and local law enforcement – 35%; and the Common School Fund – 40%. Supporters of the measure make a big deal out of the allocation of these resources, particularly the part going to schools. What they don’t explain is that the funds going into the Common School Fund are not going directly to schools but become part of a large investment fund that provide a small percentage of the profits on the fund to be distributed as local revenue. At this point the Common School Fund contributes only about $100 million per biennium and fluctuates based on market conditions.

Ballot Measure 92 – This measure, initiated by the voters, requires the labeling of raw and packaged foods produced entirely or partially by “genetic engineering.” The measure specifically exempts restaurants and it is not clear on how it will affect public school food service programs. The proposal changes state statutes so can be modified by the Legislature if there are unintended consequences the Legislature agrees to change.

Polling on all the measures is very early and in the case of the two legislatively referred measures, 86 and 87, there has been no polling. Early polling on the Equal Rights Amendment, measure 89, showed 75% voter support. On legalized marijuana it was 51 to 41, a showing that indicates the issue may face some trouble in November given the history of support falling off controversial issues when opposition messages begin showing up on TV and in advertising. The genetically modified food initiative, measure 92,  shows strong support at 77% to 12% but a similar, initially popular measure in the State of Washington was defeated in a strong negative blitz a couple of years ago. 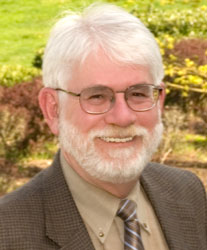