Colt Gill, formerly Superintendent of Bethel School District and Oregon's Education Innovation Officer, was announced today as the Governor's choice to lead the Oregon Department of Education. Pending Senate confirmation, Gill will be named Deputy Superintendent of Public Instruction, a role he has been filling in an acting capacity since October of last year.

“I want to see every Oregon student graduate with a plan and the skills they need to thrive in a fast-moving global economy. We cannot start early enough in giving our kids hands-on learning opportunities with excellent teachers,” said Governor Brown. “I brought Colt into the Chief Education Office in 2016 to help turn learning into an experience, and I look forward to his continued leadership and insight in making sure that every Oregon student has what they need to thrive.”

"COSA is absolutely thrilled with this appointment and excited to support Colt Gill as the head of the Oregon Department of Education,” said Ericka Guynes, Principal at Earl Boyles Elementary School and 2017-2018 COSA President, “Colt Gill is a dedicated and hardworking educator whose experience and commitment to equity and to improving the lives of each and every student in Oregon make him the prime candidate for this position.”

Gill served as superintendent of Bethel School District for 10 years.  He was elected by his colleagues to serve as the 2014-15 COSA President.

The Senate will consider his appointment on February 8. 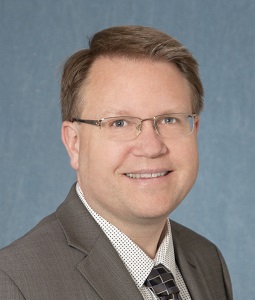