Longoria began her administrative career as an associate principal at Ontario Middle School (OMS) in 2012. The following year, as she became principal, OMS was on the verge of being designated as a school in need of improvement.  Longoria made it her mission to turn the school around.

The turnaround began with implementing systems that were evidence-based and functioning well in other Ontario School District schools. The first system Longoria focused on was behavior. She embraced the principles of Safe and Civil Schools and then engaged her staff in the study of Conscious Discipline principles; the change has been embraced by all. Walking the hallways during passing time a climate of mutual respect between staff and students is evident. Students walk with purpose and pride, all staff stand at the door to greet them as they arrive. Visitors from another middle school were in awe at the adherence to high standards when observing in the halls with the OMS administrative team.

Longoria also faced the challenge of staff turnover with the attitude that it was an opportunity to find outstanding educators; she aggressively seeks out candidates that are willing to work as hard as she does. Buying into building systems and district initiatives is presented as a non-negotiable and an opportunity to grow. OMS has become a place where people from across the Treasure Valley want to work and the decline in turnover during the past few years has been notable.

“Principal Longoria has been a powerful and innovative educator in supporting students who have been historically underserved,” OASSA President Lynn Jackson said. “Under her leadership and guidance, students in the Ontario School District have been afforded educational frameworks that have opened opportunities for students and empowered them to reach previously unattainable goals.  Her leadership acts as an example of the impact that educational leaders can have in inspiring all educators to refine their practice and focus their efforts.”

At Ontario Middle School all students receive free meals at school; 66 percent of OMS students are Hispanic/Latino. Ontario has multiple poverty hot spots based on national reports and Malheur is one of the two poorest counties in the state.

“Lisa is one of the most genuine, brave, compassionate, and talented educators that I have ever had the pleasure of knowing,” Ontario Superintendent Nicole Albisu said.  “She enters into each and every decision from a standpoint of ‘what is best for kids.’  Her personal experiences and time spent in the classroom has helped to mold her into the ‘one of a kind leader’ that she has become today.  Ontario School District is grateful she is ours.  I am beyond proud of her.”

The Confederation of Oregon School Administrators (COSA) serves and represents more than 2,400 school administrators, managers and executives.  COSA was founded in 1974 to give Oregon's education leaders a united voice in helping to shape public policy, advocate for schools and speak on behalf of students. In addition to advocacy, COSA supports and develops educational leaders with professional development opportunities -- including statewide conferences, regional seminars and workshops, and much more -- and a number of exclusive member services. Areas of focus include school finance and legislative services. A member-driven umbrella organization, COSA is governed by an elected Board of Directors that represents the organization's four Departments: the Oregon Association of School Executives (OASE), the Oregon Association of Secondary School Administrators (OASSA), the Oregon Elementary School Principals Association (OESPA) and the Oregon Association of Central Office Administrators (OACOA).  For more information, visit www.cosa.k12.or.us. 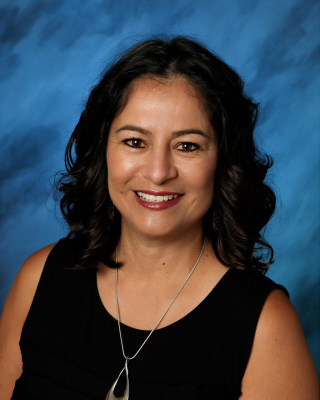