Over the past 17 months, Barry has led his school community through not only the COVID-19 pandemic but through the challenges posed by the Almeda Fire, which devastated the towns of Phoenix and Talent and left about one-third of the district’s students, staff and families without homes.  In the aftermath of the fire, most Phoenix-Talent school buildings were inaccessible for weeks, and school district facilities were without electricity, phone and internet service.  Nonetheless, Barry rallied his staff and found a way for them to make contact with every family to check on their wellbeing.  Staff also worked in emergency response roles, providing food, clothing, gift cards, language services and disability support to fire survivors.

Just two weeks after the fire, Phoenix-Talent was able to start school online.  To do so, they delivered hotspots and Chromebooks to families and displaced staff, set up internet routers in local motels and RV parks, and created tutoring centers and internet connectivity sites throughout the Rogue Valley.  Staff delivered social-emotional support and educational services outdoors at the evacuation center.  The district also collected and distributed $2 million directly to families that lost their homes.

“The exceptional way Brent dealt with the ongoing COVID pandemic made him an outstanding candidate for superintendent of the year – but it was his incredible leadership during one of the most terrifying events in the history of the state, the Almeda Fire, that showed Brent's true strength of character,” OASE President Tim Sweeney, superintendent of the Coquille School District, said.  “Brent led his district through the flames, smoke, terror, and shocking aftermath of the tragedy. He stood side-by-side with his students, families, staff, and community and ensured every student in his district had an opportunity to learn. Students from the Phoenix-Talent School District were displaced and spread across the length of the Rogue Valley, but it did not matter where a student was located; Brent and his team found a way to meet not only their educational needs, but all the needs that his suddenly homeless families faced.  Truly, Brent is exceedingly worthy of this honor and we congratulate him on his amazing leadership.”

“Superintendent Brent Barry is a steady, calm, and compassionate leader who builds resiliency in students, staff, families, and the community,” said Southern Oregon ESD Superintendent Scott Beveridge. “At a time when 30% of students were displaced by wildfire overnight in the midst of the impact from COVID 19, Brent offered PTSD to serve as a pillar for coordinating emergency community resources, while supporting families' social-emotional health, and students' academic success.”

“Through the challenges faced over the last school year, Brent Barry has led our district with honor, clarity and calmness,” said assistant superintendent Tiffanie Lambert, who nominated Barry for the award.  “The pandemic and wildfire have impacted our Latinx communities disproportionately, and Brent continues to speak up for our unheard patrons.  He continues to keep the principles of equity in the forefront and works actively to remove linguistic and accessibility barriers.”

"Brent Barry is an exceptional leader and even better person who fosters a culture of caring, compassion, and an unrelenting commitment to student success. In the face of unspeakable challenges, Brent has provided a shining example of balancing community responsiveness with our core mission of educating kids. Today, we take a moment to pause and celebrate Brent on this tremendous honor. He certainly deserves it."

Barry has been Phoenix-Talent’s superintendent since 2017, when he was promoted from the role of assistant superintendent for academics and student programs. He worked his way up through the ranks, teaching health and math in Prineville, Oregon City and Medford before taking over as vice principal and athletic director of Phoenix High School. Later, he served as principal at Orchard Hill Elementary, one of three elementary schools in the Phoenix-Talent School District, before becoming one of the district’s two assistant superintendents.

Barry was born and raised in the Rogue Valley, attending McLaughlin Middle School and later South Medford High School before heading to San Diego State University on a baseball scholarship. Barry later attended Southern Oregon University and Linfield College (now Linfield University), where he met his future wife Sara. The Barrys, who were married in 1996, have two daughters: Alex, 21, and Lauren, 19.

The Phoenix-Talent School District is made up of 2,375 students in three elementary schools, Talent Middle School, Phoenix High School and a charter school for ninth- through 12th-graders (Armadillo Technical Institute). The student body is 51% white, 40% Hispanic/latino and 7% multiracial, and Ever English Learners make up 25% of the district.

Phoenix-Talent recorded a 93% graduation rate and a five-year completion rate of 98% during the 2019-20 school year.

About COSA and OASE

The Coalition of Oregon School Administrators (COSA) serves and represents more than 2,000 school administrators, managers and executives.  COSA was founded in 1974 to give Oregon's education leaders a united voice in helping to shape public policy, advocate for schools and speak on behalf of students. In addition to advocacy, COSA supports and develops educational leaders with professional development opportunities -- including statewide conferences, regional seminars and workshops, and much more -- and a number of exclusive member services. Areas of focus include school finance and legislative services. A member-driven umbrella organization, COSA is governed by an elected Board of Directors that represents the organization's four Departments: the Oregon Association of School Executives (OASE), the Oregon Association of Secondary School Administrators (OASSA), the Oregon Elementary School Principals Association (OESPA) and the Oregon Association of Central Office Administrators (OACOA).  For more information, visit www.cosa.k12.or.us. 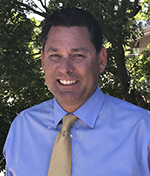