Perry, who has been superintendent at SKPS since 2014, has more than 30 distinguished years in public education. Prior to serving as SKPS superintendent, Perry served as superintendent of the Dallas School District (Oregon) from 2005-14. She has also served as a director of human resources, elementary school principal, fifth and sixth grade teacher, and university instructor.

”Christy is a role model for all superintendents in Oregon. Her willingness to challenge the status quo to ensure that all students receive an equitable education is an inspiration to educational leaders throughout our state,” said Mark Witty, president of OASE and superintendent in Baker School District.  “She is a mentor, leader and friend to many of us.  Christy represents the values that we all aspire to achieve within our roles as school leaders.”

Perry’s commitment to anti-racism was clearly demonstrated following the killing of George Floyd and the surrounding debate about school resource officers in schools.  Perry challenged the Salem-Keizer School Board to lead with equity as their guiding principle.

“On behalf of our students of color and our educators of color who experience racism every day in our classrooms, along with their white anti-racist allies, I need you to commit to moving forward with anti-racism as your guiding principle.  You won’t get it perfect.  You won’t, I won’t.  But we can commit to being ongoing learners together,” said Perry.

Oregon superintendents commended Perry on her conviction and action on working to create the conditions that dismantle racism and lift up students of color. Under Perry’s leadership, Salem-Keizer Public Schools has adopted the district’s first equity policy and equity lens, formed a student equity committee, is building strong partnerships with culturally specific community organizations, and is closing the participation gap in AP and IB courses.

Under Perry’s leadership, SKPS has made great strides in many areas. Perry provided vision and leadership for a business-education partnership that created a Career Technical Education Center (CTEC) that serves students from six comprehensive high schools and expanded CTE programs and access for students. The district developed a strong district-wide technology infrastructure, implemented behavioral and social-emotional learning plans and practices throughout the district, and passed the third largest school bond in Oregon’s history, all under Perry’s leadership as well.

Perry is a native Oregonian raised in the coastal community of Reedsport.  She earned her bachelor’s and master’s degrees in education from Western Oregon University and her administrative license from Portland State University.

Salem-Keizer Public Schools is Oregon’s second largest school district, and one of the most diverse with more than 80 languages spoken. 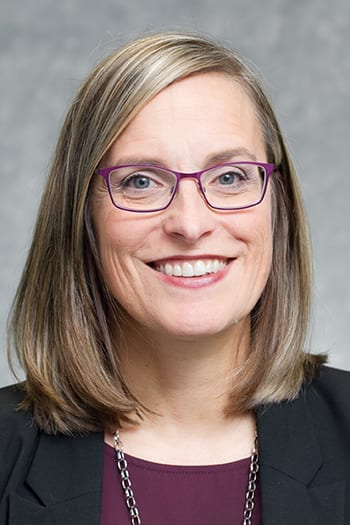