SALEM, Ore. – Erik Jespersen, Principal of McNary High School in the Salem Keizer School District, has been named the Oregon 2021 High School Principal of the Year.  Jespersen was selected by his peers in the Oregon Association of Secondary School Administrators (OASSA).

Jespersen is in his seventh year as principal at McNary.  Previously, he has served as assistant principal, instructional coach and social studies teacher at McNary and McKay High Schools in Salem-Keizer.

During his tenure as principal, McNary has raised its graduation rates significantly, from 82% in 2014 to 92% in 2020.  Even more impressively, McNary’s graduation rates for special education students have risen from 54% to 82.5%, and for Latinx students from 66% to 92.6%.

“I am so proud of Erik for his deserved recognition as Oregon’s high school principal of the year,” said Salem-Keizer Superintendent Christy Perry.  “He sets the vision for his staff and students to actively participate in being part of a world class high school. Especially through the pandemic, he has taken our equity learning and put it into practice by bringing his whole team together to ensure that each student gets the level of support they need to be successful.”

Jespersen’s leadership has shown during the pandemic.  As schools were required to operate via distance learning, high schools across the country had much-higher-than-normal numbers of students receiving F’s in their classes.  Jespersen acted by calling his team together and developing a plan to have staff pause instruction at the end of the quarter, focus on connecting with students who were failing, and then work with them to catch up.  He asked teachers to forego giving comprehensive final exams, and instead devote time and energy to help students reinvigorate their learning and their grades.  Teachers agreed, and their collective efforts dropped the number of students receiving F’s from 38% to 16%.  McNary made headlines statewide and nationally for this effort.

“But Erik and our staff weren’t satisfied – the numbers still weren’t acceptable – so we incorporated an aggressive, in-person, parent conferencing plan and then a limited in-person instruction system for our struggling students,” wrote McNary Assistant Principal Dan Borresen in his nomination letter.  “Erik’s ability to provide the freedom and encouragement to boldly create systems where staff needed them, allowed McNary to lead the charge in welcoming back students.  Erik refused to let anyone on our staff use any of the hardships we or our students were facing as excuses to fail, but rather turned those hardships into reasons to succeed.”

During Jespersen’s tenure, McNary has also:

“I have had the pleasure of working with Erik on an accreditation team and facilitated an AVID training with Erik and his staff. His balanced dedication to instruction, achievement, and relationships is what we look for in exceptional leaders in Oregon,” said Majalise Tolan, OASSA President.

The Coalition of Oregon School Administrators (COSA) serves and represents more than 2,500 school administrators, managers and executives.  COSA was founded in 1974 to give Oregon's education leaders a united voice in helping to shape public policy, advocate for schools and speak on behalf of students. In addition to advocacy, COSA supports and develops educational leaders with professional development opportunities -- including statewide conferences, regional seminars and workshops, and much more -- and a number of exclusive member services. Areas of focus include education policy and funding. A member-driven umbrella organization, COSA is governed by an elected Board of Directors that represents the associations: the Oregon Association of School Executives (OASE), the Oregon Association of Secondary School Administrators (OASSA), the Oregon Elementary School Principals Association (OESPA) the Oregon Association of Central Office Administrators (OACOA), and the COSA Equity Board.  For more information, visit www.cosa.k12.or.us. 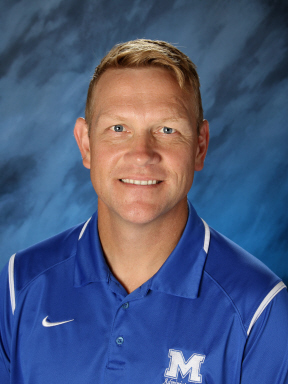