“No one is left behind at Fruitdale,” Holmes said. “Heather is an exceptional instructional leader who exemplifies building leadership on a daily basis, and is one who has never forgotten how to be an exceptional teacher.”

The National Distinguished Principals program honors principals who ensure that America’s children acquire a solid foundation for lifelong learning and achievement.  The program was established in 1984 to recognize and celebrate elementary and middle level principals who set high standards for instruction, student achievement, character and climate for students, families and staffs. 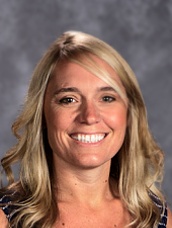